Set against the splendid backdrop of the Alpi Marittime Nature Park, the Locanda del Sorriso is in a panoramic position at entrance to the Bousset valley. From here a long path, an ancient salt route, leads into the Sabbione valley and then on to the neighbouring Mercantour National Park. The building was originally a primary school, built in 1939 thanks to the interest shown by the queen Elena of Savoy, a frequent visitor to the valley up until 1942. With the depopulation of the village, the school was shut and in 1985 Entracque council, which owns the building, handed over use of the building to the Park who destined it for hospitality.

In 2003 the extension and renovation work was finished and now we can offer our guests 11 rooms with a total of 38 beds, a large and small dining room to seat 65 people, outside we have another 40 places and a stupendous panoramic terrace.
Our policy is to use water and energy carefully, we use ecological detergents and separate our refuse.
We cook using traditional recipes, primarily with produce from the area which limits the carbon footprint and supports the Park valleys’ economy. 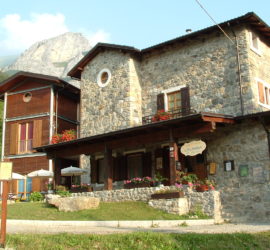 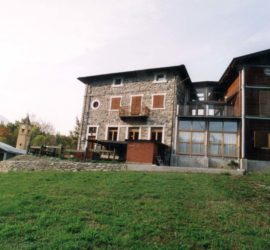 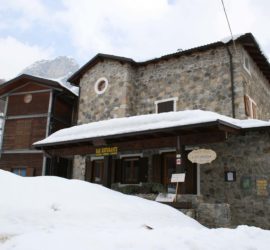 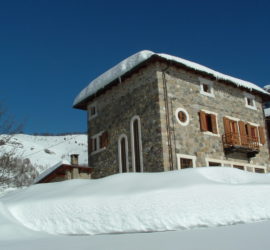